We’re all familiar with the huge figures that float around football and other financially lucrative sports like Basketball, Tennis and American Football. The World’s Highest-Paid Athletes List, published by Forbes, calculates the income of superstar’s Cristiano Ronaldo and Lionel Messi at well beyond the $80m mark.

Unfortunately money dominates the conversation, often more so than the sport itself. Clearly, figures like these make the headlines because they vastly overshadow the salary that a typical fan would ever earn, distracting from the underlying purpose of the sport.

But it’s perhaps worth remembering that not only are these figures representative of the demand athletes can make of their clubs in Premier League’s current financial climate, but they’re also representative of an investment that clubs still expect to see a return from – all things being well.

These commercial decisions are dependent on the player’s availability to display their talents every week, and at the elite level a long layoff due to injury can be hugely damaging to the commercial viability of an athlete and their team. Having your star player allocating their salary-earning time to the treatment room rather than the field of play is a significant commercial problem.

The Cost of Injury

Just last month the Telegraph published an article, and before that the Express did the same, outlining how much injured players cost the Premier League in wages, with Manchester City crowned champions of that particular endeavour at just over £16-18m, followed by Manchester United (not the first time time in recent years) at £15-17m.

In terms of the athletes themselves, West Ham’s Andy Carroll is considered one of the most expensive Premier League players ever to succumb to long-term injury after arriving at Liverpool from Newcastle for £35m in 2011, making only 6 league appearances all season. When he eventually departed Merseyside for London’s West Ham, the former England striker (still commanding a fee of £15m) spent a further 10 months on the sidelines.

Sports science and therapy – in terms of athlete exposure, injury prevention and treatment – is an incredibly advanced and specialised practice, which is why it might surprise you to discover (as it did me) that many of the tools analysts and therapists use to track and treat athletes can be surprisingly cumbersome.

Elite clubs have the some of the most advanced tools to collect data (GPS units, biometric wearables, etc) but the way in which that data is analysed in order to prevent injury – not only in football, but across all sports – has (from what I’ve seen) quite a way to go. There are tools on the market of course – some quite expensive ones too – but the prioritisation of the user’s experience, relegated in favour of unnecessarily complex features, has rendered many software packages unusable or of very limited value.

In contrast, CELSPORTA have recognised the importance of a good user experience; putting users at the centre of the software design process in order to offer a genuinely valuable product.

As part of their endeavour to enhance the tools of sports science practitioners like themselves, they commissioned us to deliver our own interpretation of the solution, and prototype our proposal for how the sports science industry could enhance the vast amounts of data more effectively, to the benefit of analysts, athletes and clubs across all sports.

Established in 2016 by two sports exposure management and elite athlete recovery professionals, CELSPORTA encompose a wealth of experience both domestically within the English Premier League (EPL), and across the globe to Australia. CELSPORTA’s open approach to requirements gathering and elicitation made them very well suited to our user-centric design process, as they set aside any preconceptions and attempted to digitally transform the industry from a collection of half-used tools and Excel spreadsheets to a next generation digital platform.

CELSPORTA’s overarching goal is to reduce the workload of medical and sports science professionals by providing immediate analysis of athlete exposure with minimal effort, emphasising practicality and ease of use whilst remaining adaptive to each organisation’s existing practices and preferences.

Essentially, to use the software had to be like adding a new member of staff to the team, ensuring data is always up-to-date and guiding analysts as they design a personalised workload and recovery schedule for each athlete, as well as securing various levels of access for staff, doctors and the athletes themselves.

We now find our solution “in the field” (excuse the pun) after several months of development, and are delighted to see it utilised at the highest levels of professional sport. As always, it’s about learning and evolving; learning how the software is used in the real world, and evolving the platform, enhancing it’s features, and as a consequence, CELSPORTA’s business itself. Unlike the matches themselves, you can never call full-time on a good user experience.

Have a project in mind? 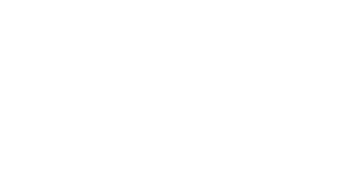 Share your story and see what we can achieve together

Available to consult, advise, and create across the UK.